Chris Rock A lot might be going on right now, but that didn’t stop him from making a trip to the cinema to see a click away.

Chris himself appeared Thursday at AMC Boston Common in MA — the day after his first standup show since the Oscars. Chris got some popcorn, a hot dog and a bottle of water to scoop him up while he was watching a movie… Sorry, we don’t know which one, although we’re guessing it wasn’t “King Richard”. 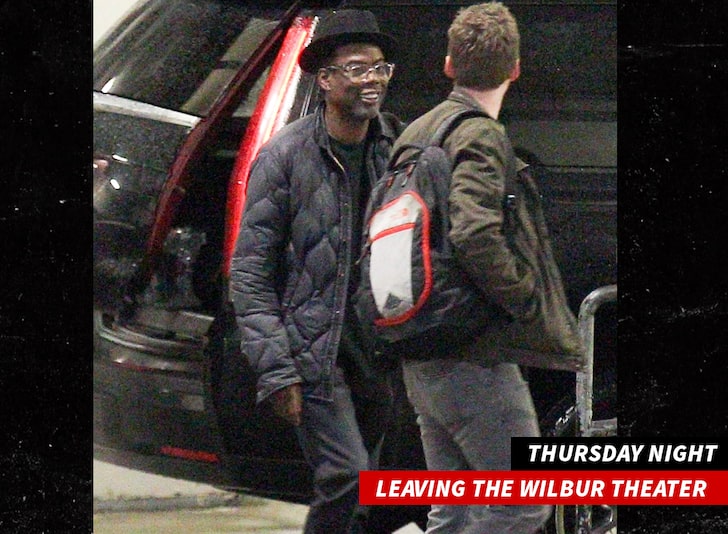 The other dude in the pic – Gerard Col – Chris asked about the photo, and Chris answered him happily.

As we’ve reported, Thursday night was Chris’ second show at Boston’s Wilbur Theater…fans were even more boisterous than usual, with many being thrown out. Some even yelled “F***Will Smith,” which is Kris close immediately.

TMZ smashed the story… Sources linked to Chris call out an Oscar producer Will Packerwho claimed Chris made it clear that he didn’t Want to boot Will Smith From Dolby Theater After The Slap. These sources say that the academy covers itself and that Chris has never said anything about his desire to stay or leave. A source in the academy says that Packer’s account is wrong, that it belongs to him and not the academy.