with the kishi mobile controller Launched in mid-2020, Razer has successfully turned phones into fake Nintendo Switch consoles. It has introduced a smart design that places your phone in the middle of two controllers. Not to mention, it was a more comfortable console-like way to play mobile games, as well as cloud streaming services, such as xCloud, Stadia, and more. Now, with the $99 Kishi V2, it looks like Razer’s goal was to get a leg up on a competitor who did everything better on its first try: Backbone.

The company’s one-stop marvel after Kishi launched an even more awesome portable console for the iPhone has passed, $99 for the spine. It featured a simpler, more ergonomic design, more functionality, and an interface that felt shy of a full console operating system. It turned gaming on the phone into a more embodied experience, making Kishi’s value proposition weaker and less interesting compared to it.

So, with the Kishi V2, Razer decided to abandon the first generation design for something very Similar to a single spine. There’s not much here that Razer can take a lot of credit for. The V2 features a simple, spine-like design and the same type of extending pull-bridge mechanism to allow you to open your phone in a separate console arrangement. The in-game capture button is here on the left side, along with the options button on the right, there’s a new button that takes you to – yes – Razer’s own spin on the gaming console called the Nexus. You don’t have to use it, but it is there.

There are a few key perks the Kishi V2 has over the spine console. The important thing is that Kishi V2 is designed for Android. There’s also an iOS version coming later in 2022. Backbone (disappointed) didn’t make a copy of its console with USB-C, unless you calculate that paid subscribers can Connect it to your Android device with a Lightning-to-USB-C cable. If you play mobile games with complex control systems, the new Razer model features two additional programmable shoulder buttons — one on each side. It can be reset within the Nexus app.

And while Backbone design has reached its limits with the gigantic camera bump of the iPhone 13 Pro Max (Provided free 3D-printed transformers to make it work), the Kishi V2 has adjustable rubber inserts to expand its compatibility with Android phones and different camera bump dimensions – even those in thin cases. The full list of supported phones includes both Razer phones; Samsung Galaxy S8 via S22; from Galaxy Note 8 to 20; Google Pixel 2 to 6; and “many other Android devices”. It supports devices up to 11.5mm thick, including the camera bump – I was surprised I had to pull the Pixel 6 out as thin (yellowing) An official Google portfolio to make it relevant.

Overall, the fit and finish of the Kishi V2 is good, but its new features — both in the Nexus app and those physically on the console — are less comprehensive and polished than what’s available on Backbone’s One.

Inside the Nexus, which failed to boot with more than half of my attempts to press the button, you’ll see a barren console panel that can act as a game launcher for the ones I’ve installed. Scrolling down through the app reveals game suggestions for each genre, which highlight either how poorly the game was chosen on Android compared to iOS or how poorly Razer formatted it. As a game discovery tool, I’d say the Nexus is probably a little worse than just browsing on the Google Play Store, and it really is less than an excellent experience. 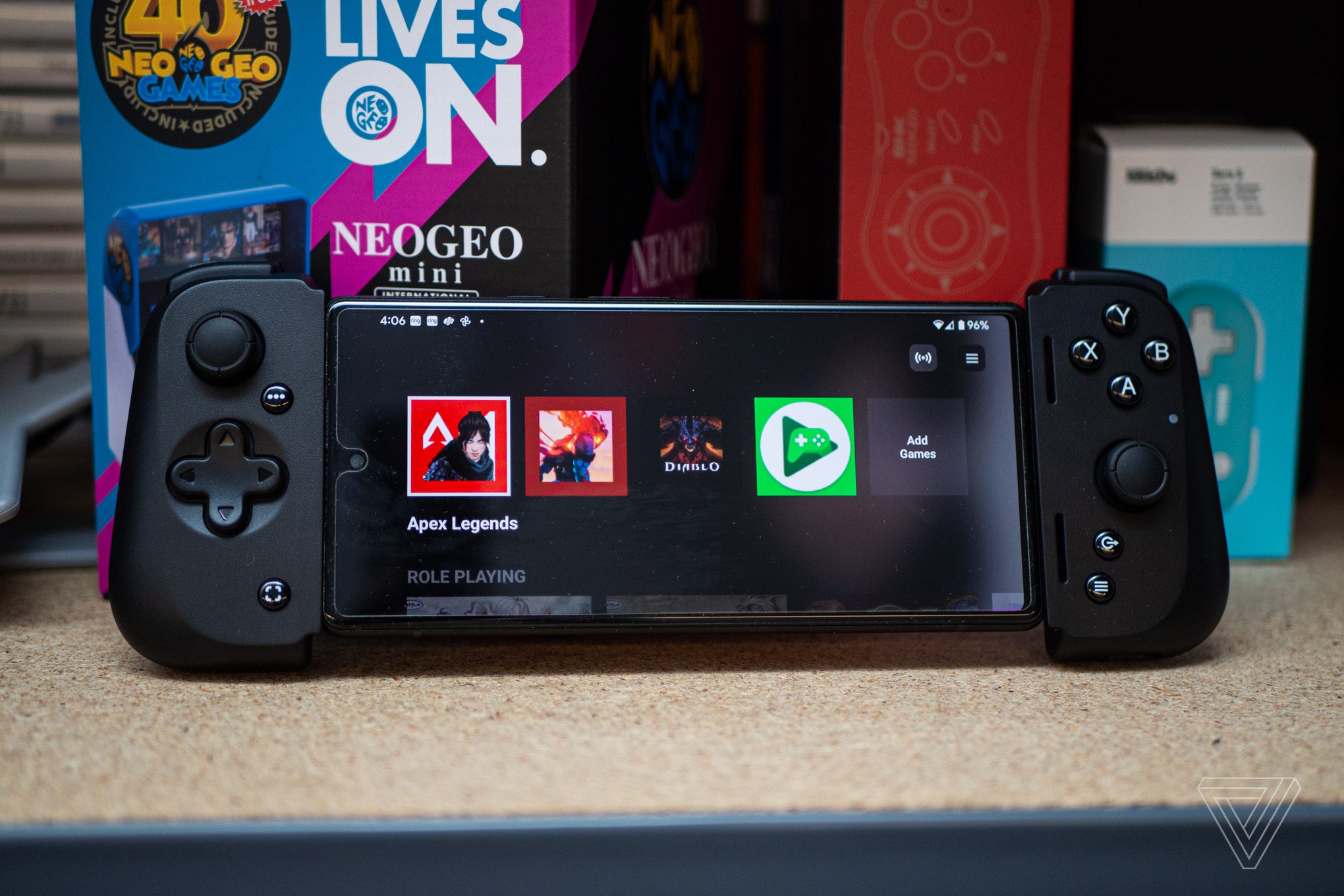 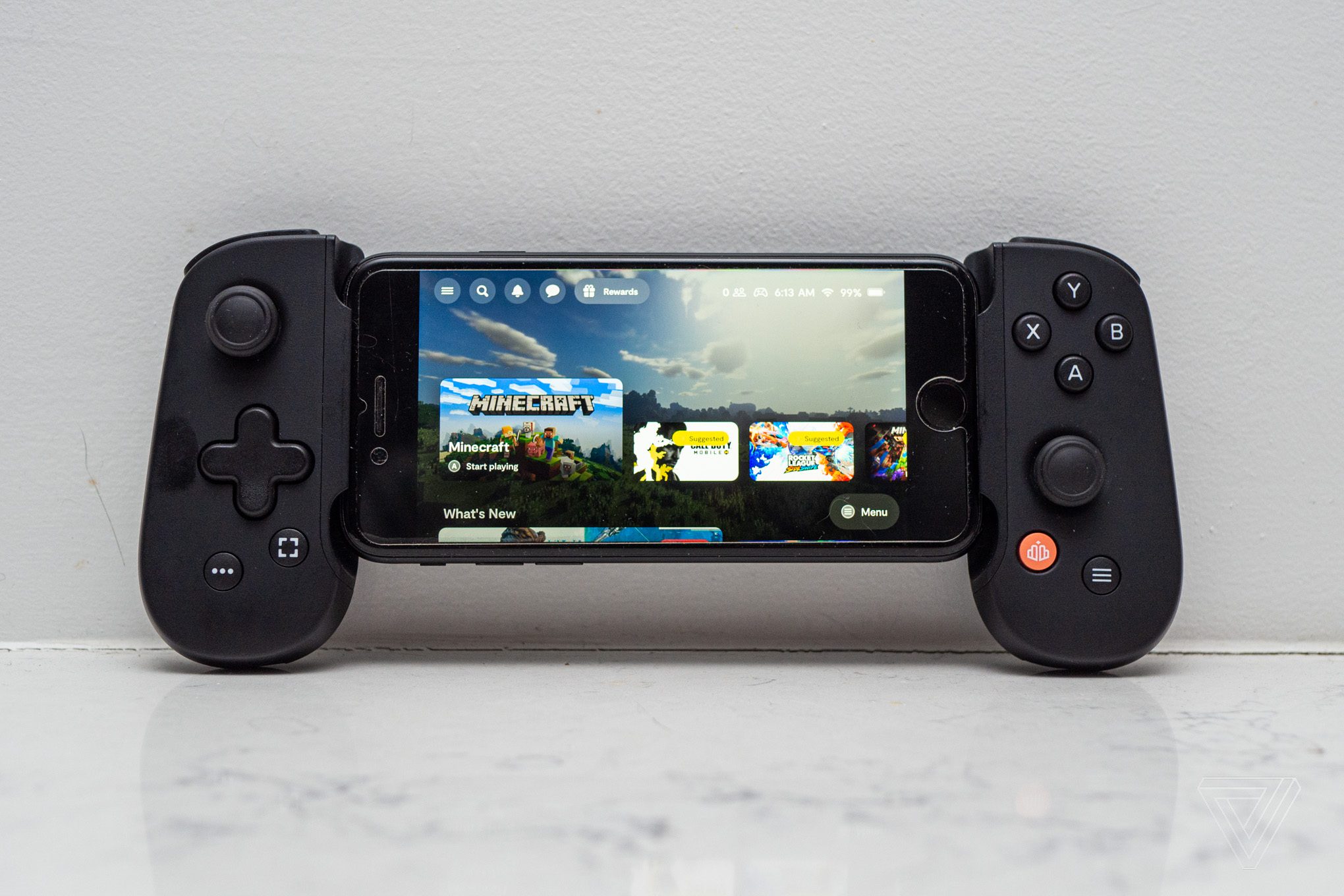 Razer’s Nexus app (left) is much less attractive than the Backbone experience.

In the app, you can start a live broadcast via YouTube or Facebook Live. If you want to take a screenshot or a video, you can do so with a dedicated button for those functions on the left side. Despite this, there is a severe lack of on-screen feedback or haptic feedback all the time, especially with screenshots or video. For example, after pressing or holding the screenshot button to take a video, I have no idea if it was recorded until I open my Google Photos library. A simple screen notification (a small Cast icon appears in the Android notification toolbar during screen recording, but it’s easy to miss) or a slight vibration might do the trick. It’s the little things like that, which my spine got right a couple of years ago, that make using the Kishi V2 frustrating.

Razer has converted its face buttons into the same kind of mechanical click switches that are in them Wolverine V2 Console. And while I liked them on the larger console, I didn’t like how they felt here more than I expected. The travel is shallow, the click is very subtle and requires very little force, if I hold a button down during intense gameplay it doesn’t provide enough feedback to tell me if I make a tap. It almost reminds me of using one of the keys of Apple’s dreaded butterfly keyboard with dust in it.

The Kishi V2 offers pass-through charging via USB-C, so you can keep your phone charged by plugging a cable into the lower right side of its grip, just like the previous version. I suppose I might be in the minority of reviewers to stink about this, but I really wish Razer had built a 3.5mm jack for wired listening. Audio lag is still, unfortunately, an area where Android inexplicably lags behind Apple, and it’s often odd that Razer doesn’t include one, especially since Backbone does.

The Kishi V2 looks like a device made to prove that Razer won’t take it into the gaming space from a newcomer. It took a surprisingly long time to release her refutation, which is a good thing. Forget about the Backbone One for a second, the Kishi V2’s improved design and thoughtful features make it one of the best portable touchscreen controls for Android users. But in its current state, the little that makes Kishi V2 unique doesn’t overshadow how better the first Backbone product is.