Evgenij Balitskij, head of the Zaporizhzhia military-civilian administration, said publicly: “We are sending grain through Russia. Major agreements have been concluded with Turkey. The first trains have already crossed the Crimea and are heading for the Middle East.”

In recent weeks, the United States, which has been alerted by intelligence, has warned potential buyers. Russian ships loaded with grain were hijacked en route from Ukraine to Africa. Message to buyers that the transaction is not welcome. But the 14 countries to which the official message was sent did not have many choices as the whole food was in an emergency. They will disrespect Washington but buy wheat from Putin at a good price.

According to Washington, Russian troops have already shipped at least 500,000 tons of wheat worth $ 100 million from Ukraine. All of these came to the Crimea and were transported by ships. That too is just the beginning.

Meanwhile, diplomacy is working to open the food route. However, important conditions such as the easing of sanctions seem unacceptable at present in Moscow. A demand, backed by NATO member Turkey, decided from the outset not to use punitive measures “to maintain a balanced position” and to protect political and trade relations with Russia. But Kiev builds a wall: “The real cause of this crisis – Foreign Minister Dmitry Kuleba – is Russian aggression, not sanctions.” The Speaker of the Kiev Parliament, Ruslan Stefanziuk, thought about resuming allegations of grain theft, and before the full session of the European Parliament, EU Commission President Ursula van der Leyen denounced that “food has become a part”. Kremlin Terrorist Arsenal “. 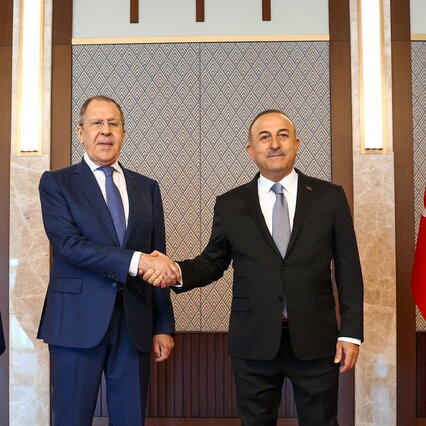 Exports from Ukrainian ports shipped under Russian control are ready to resume. Following the departure of the first cargo ships from Mariupol in recent days, ships loaded with grain will depart from Berdyansk “this weekend”, which reopened after the water was removed. “Actually – said Vladimir Rokov, a member of the local administration – there is a lot of grain here and all the lifts are full”. In short, the Russians did not deny the hoarding of Ukrainian wheat, and now consider it theirs. Yevgeny Palitsky, the leader of the separatists in Zaporizhia, confirmed that grain from the region had already left the Middle East by train “via Crimea”.