Ukrainian President Volodymyr Zelensky visits a Ukrainian port on the Black Sea to take on board the first ship to export Ukrainian grain. “We are ready to export Ukrainian wheat and we are waiting for signals from our partners to start the transport,” the president wrote in a post on Facebook. “The first ship, the first cargo since the beginning of the war, is underway. This is a Turkish ship,” Zelensky announced in a note from the Ukrainian president, who posted a video of the president in Chornomorsk port in front of the ship. Polarnet’ noted that the president will oversee the resumption of grain exports in accordance with the agreements signed on July 22 in Turkey. Meanwhile, attacks between Ukrainian and Russian fronts continue unabated. The Russian Defense Ministry, quoted by the Interfax agency, spoke of Ukrainian forces bombing a penal colony in Donetsk. 40 Ukrainian prisoners died Another 75 people were allegedly detained by Russian sympathizers and injured. However, Ukrainians deny the situation and speak of Russia’s move to “put the blame on Ukraine”. “A classy, ​​cynical and elaborate operation conducted under a false flag”. “The bombing – Podoliak says in a tweet – was planned to blame Ukraine for it. We know that the Russians transferred part of the Ukrainian guards to these camps a few days before the bombing. But this is a deliberate, cynical and calculated massacre of Ukrainian prisoners, which requires a careful investigation. The UN and We seek reaction from international bodies.

Later the governor of Kiev region accused Russian forces of having 4 people were killed and 7 injured in the bus stop Attack on a town in southern Ukraine. As they rise 8 civilians died And 19 people were injured in last night’s Russian bombing of Bagmud, Donetsk Region, Donbass. Pavlo Kyrilenko, the head of the military administration of the Donetsk region, was quoted by the Ukrinform news agency as announcing it on Telegram.

Russian forces bombed a two-story building and a school in central Kharkiv last night, Ukrinform reported, citing local authorities.
“The state emergency service is clearing the debris and searching for those trapped. There are currently no reports of deaths or injuries or fatalities,” said Mayor Ihor Terekov.

On the other hand, seven people were killed and six wounded in bombings carried out by Russian forces in the southern Ukrainian region of Kherson in the past few hours, according to local police cited by the Kyiv Independent. Several houses in four settlements were destroyed or damaged in the attacks. Russian forces allegedly stole civilian vehicles and a passenger ship they allegedly used to cross the Dnipro River near the damaged Antonievsky Bridge. 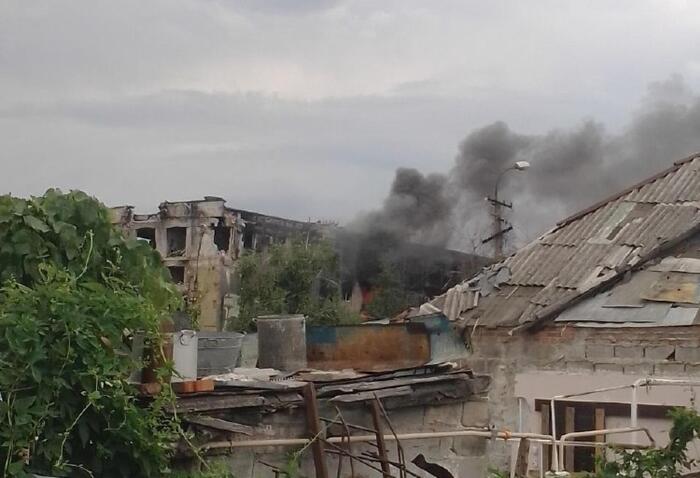 Russia has accused the dead soldiers of abandoning their bodies to avoid paying compensation to their families. Turkey, ‘first ship with Ukrainian grain to leave soon’ (ANSA)

The US Senate unanimously passed a nonbinding resolution. Russia as a sponsor of terrorism For its operations in Chechnya, Georgia, Syria and Ukraine. Actions that resulted in the deaths of thousands of “innocent men, women and children”. A similar measure has been introduced in the House, where Speaker Nancy Pelosi is in favor. Although not binding, the resolution increases pressure on the Biden administration to add Russia to a list of state sponsors of terrorism that includes Cuba, North Korea, Iran and Syria. Meanwhile, Ukrainian armed forces say they have struck Russian ammunition depots in the Donetsk and Kherson regions. According to a report by Ukrainska Pravda, the military’s Directorate for Strategic Communications in Telegram noted that “most” Russian servicemen were killed and an ammunition depot was demolished at the Ilovaisk depot (in Donetsk Oblast). on the ground. Before the Ilovaisk depot, the Ukrainian Armed Forces attacked another one in Brylivka (in the Kherson region).